Like a farmer starts plowing in winter, sows in spring and harvests at the end of the summer our athletes realised the same if you look at the World Championships qualifications.

Being qualified for those races is already great to do, it’s a dream coming true for most athletes. But clearly everybody was seriously motivated to perform well in the world championships. In Australia Raph and Sophie had a great experience at the other side of the world and in this fast field of athletes they did what they were supposed to do!

Sophie and Raphael in the Ironman World Championships 70.3!

In Switzerland it was Jan who once more amazed by getting into the top 15 overall and becoming 1st AG! 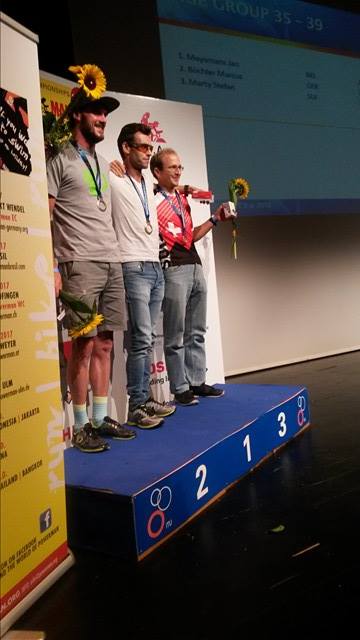 In Hawaii, the best long distance triathletes of the world take part of the most magical race around. Pierre, Heather and Sam had a fantastic day and could show what they are made of! Sam had fantastic running off the bike and got himself on the podium becoming 3rd AG! In 2years Sam got 3Ironman AG wins and 1 3rd place at the World Championships!For Pierre this experience was what he needed, 2days after the race he already said he would like to come back. The whole island breaths triathlon. Heather got a blocked nerve only 2 weeks before the race, but right on time her body was released to perform!

Pierre did a great race in Hawaii and topped off with a fast run!

Sam laughing all day long, and at the end! 3rd!

Heather biking her way up in the field!

2 weeks later, a bit further in Hawaii…in Maui it was Joeri who was ready for the XTERRA world championships! His first World championships, after a very nice season in races all over Europe it was his cherry on the pie with a 12th place in his AG at the end! 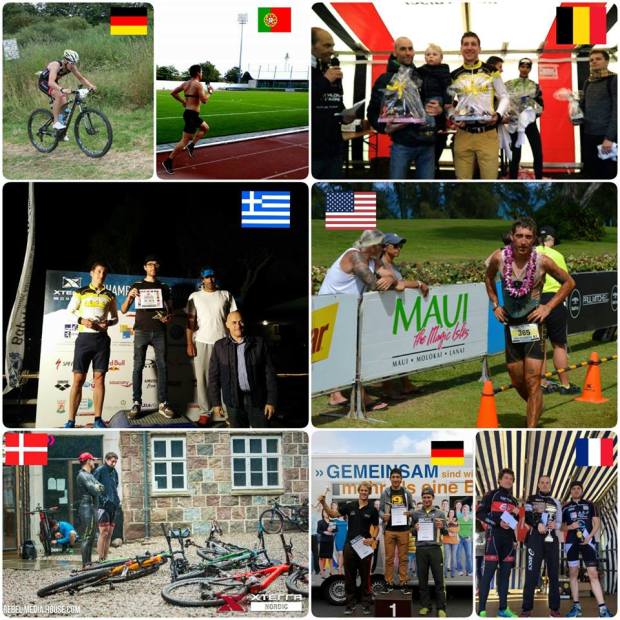 But harvesting doesn’t necessarily needs to be done in Championships! 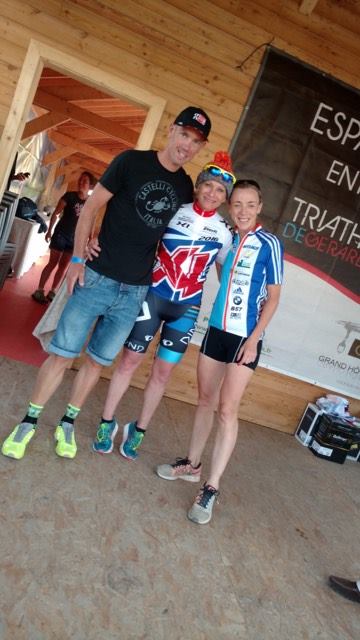 Cai winning her AG in Gerardmer XL, surrounded with fans!

With victories in ‘The Beast’  (Half irondistance, UK) , Regional championships triathlon in France, Triathlon Halifax (Canada) and several wins and podiumspots in  triathlon and cyclingraces in Canada, France,Germany ,Holland and Belgium this month was just great.

Jurgen is an Ironman, after breaking his chain in Ironman Maastricht after 10km he was keen on a new chance!

Our athletes racing in Ironman Barcelona and Mallorca all got their ticket to the finishline and delivered personal topperformances! The 5th overall spot of Adrian in Ironman70.3 Turkey signified that all is possible…if only you work for it! 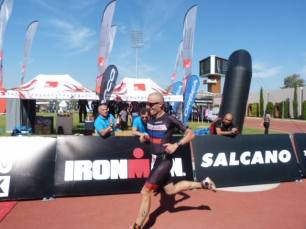 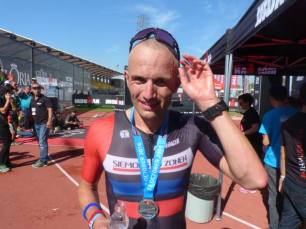 September-October is also the period where u throw your road/TT bike on the attic and change it for the turbo or mountainbike!

The first cyclocrossraces were on and in Canada Andreas showed that a Swiss athlete is never to underestimate offroad. With a 3rd place in Xterra Woolastook (Can) he ended his triathlonseason like a boss!

We started in Australia…and we will end this recap in Australia, september-october was also the period in which the famous Crocodile Trophy, a mountainbike stage race in the Outback of Australia took place. Bjorn was ready for it, and after a crash in stage 1 he only kept growing in this race! With a 3rd, a 2nd and a 1st place in the stages he did better than expected and refound himself as a cyclist! 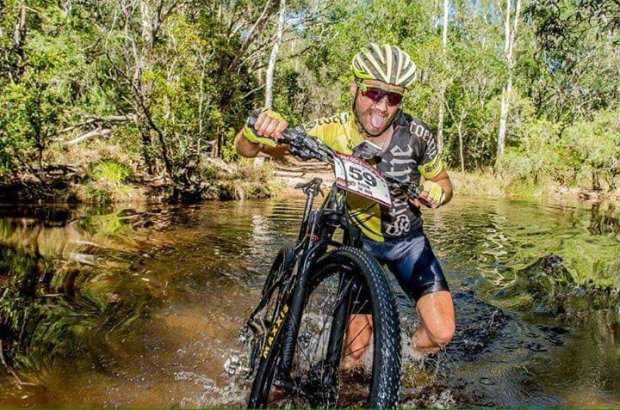 Bjorn working with his MTB towards a stage win!

And like a real farmer, now it’s time to work hard in silence!