Past weekend began great, but it had a big down also….

but first the positive news!

On friday our athletes had the right feeling and were  capable of racing for the medals!

In Lommel (UCI1.18) Jef was the first to go into a breakaway, the peloton didn’t let them go and so it was Svenne who once again went in the breakaway! They were off and averaged almost 44km/h on  this 85K criterium. In the last loop it was Svenne who went for the win, but some of his concurrents came back and so he was outsprinted and got 4th in this fast race! Hans and Tony, both in full preparation for  the national triathlon championships did a short preprace. Hans got 2nd in the Lakeparadise triathlon with his team and Tony raced for the win in duathlon Herentals and finally got 4th.  Meanwhile Gwendolyn became 2nd in Wenduine 10miles! 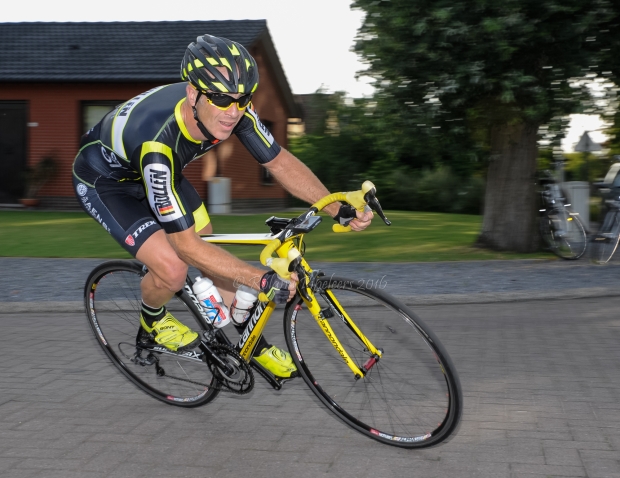 Svenne likes it tough, where the others say Stop…he attacks! Other strong cyclists outsprinted him and he ended up 4th! 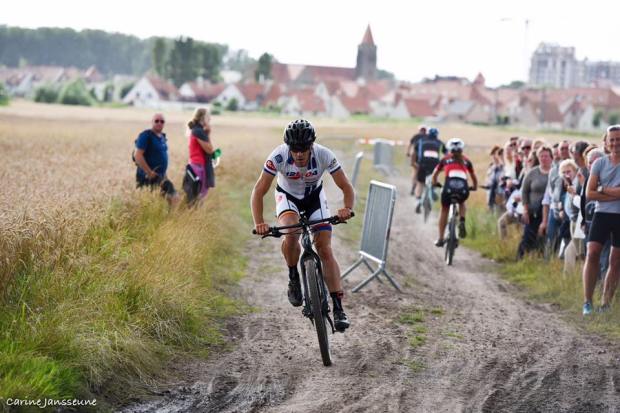 Hans in one of his last efforts before Triathlon Eupen

On Saturday Germany was the place to be,
Joeri did a very good race in the XTERRA German tour, Schalkenmehren by getting 11th overall!

Anthony was riding on the Nurnburgring (Rad am Ring) and was out for a topperformance…till he flatted and had to chase the main groupe. After a soloride of 100K he managed a 26th place! Now getting ready for the Tour de Namur (UCI 2.12 – stagerace)!

Our young cyclists also had fire in the legs today!
Dries (U23) could ride the post-Tour criterium and was outsprinted by John Degenkolb (Ger) and Giacomo Nizzolo (Ita)http://uitslagen.dewielerbond.be/Kalender_Uit…/Uitslag.aspx… 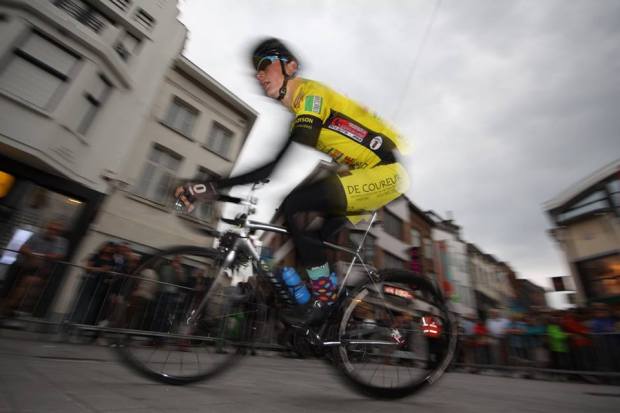 Robbe and Quinten (Juniors) have both made a long way already to where they find themselves right now. Both were in the breakaways and dared to‪#‎attack‬. Robbe was in the right breakaway and finished 7th in Tourinnes, Quinten was in a little group behind the leaders and took 16th! Both are first year juniors! Already looking forward to next season!

Junior Robbe is putting a step forward, making the race and finishing in the front (7th) 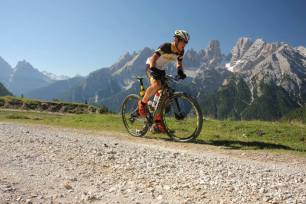 Meanwhile our oldest male athlete Guy realised again another Ironman70.3 finish! In Hungary he was capable to get his revenge for the flat tyres in Ironman Luxembourg! Now looking forward to Ironman Vichy and Turkey!

Sunday had to become another beautifull day, and it was…only it ended with an accident…

Our athletes are hammering hard, we  get used to it…despite that, we don’t forget it’s no evidence! Dedicated and hard work comes before the output and visibility!
In Ironman Maastricht (Holland) Patrick (25 AG – 10h02), Pieter (18AG – 10h14) and Toon (12h05) realised each for themselves their best IM result ever! The road towards a long race is also something to remember and be proud of! 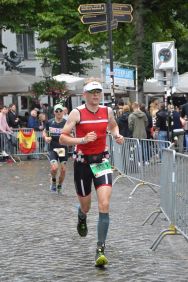 A strong offbike run for Patrick, running towards his 10h02 in Ironman Maastricht!

Toon is an Ironman and after Ironman Vichy now it was Ironman Maastricht!

In Bridgetown (Canada) it was Heather who astonished on the olympic distance by coming into T1 as first overall athlete, she left all male athletes behind her! Heather could hold her spot on the bike and during the run and took the win back home!

On the long course (Half Iron) Corey advanced Allan during the swim and they both came out of the water in the front. The swimcourse was in a river into the current!

The blue line indicates temperature, in combination with high humidity and sunshine it was a hot day! Especially towards the end of the bike and the run! Corey was able to be thefastest swimmer,  ride 278NP and run towards victory! Allan was just behind him. We can say both did a steady strong race!

Corey and Allan both did what they had to do today and paced the race well. The weather was not easy as it was a warm day and drinks were not always easy to grab 😉!
On the run course our athletes are fast enough to fight till the end!
Corey won the party, and it was Allan making the day complete by finishing 2nd and once again confirms his high level he’s on for the moment! 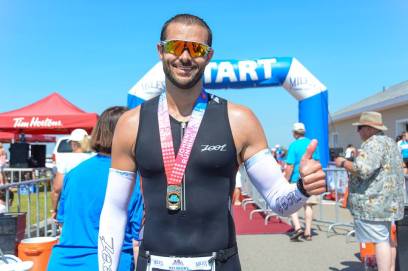 Corey is doing a massive season ! Thumbs up is the least we can say!

Corey, Heather and Allan in Bridgetown! A clean sweep once again in hot temperatures!

In Oostende (Time Trial) Jan did 2 races, first he did the 13K ITT with racebike and later that day he rode the 26K ITT with Time Trial Bike! It resulted in a 3rd and 8th spot in the Masters race! 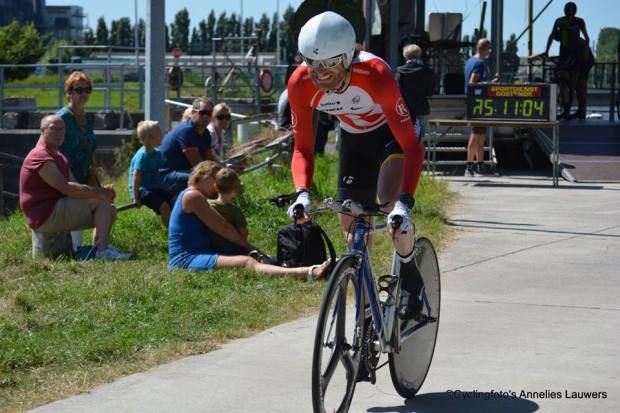 Jan at the start of his 2nd race of the day!

After all these great results we checked our phone and saw less prettier news…Hans was involved in a frontal accident during a Timetrial…a broken shoulder has ended his 2016 season. Once again it makes us realise we must enjoy every moment of training and racing. Also the tough ones, also the flat tyres,….always look forward and fast forward!

Hans at the start of his TimeTrial, a few minutes later crashed which ends his  grand cru 2016 season!