Today Ironman Lanzarote was marked in red! Already awake early in the morning, ready to follow this race for which our athletes prepared themselves for months!
All athletes were really looking forward to this race! With the tough racecourse in Lanzarote also a race we approached with the respect needed for it. Realistic towards raceconditions and what would happen they entered the race! 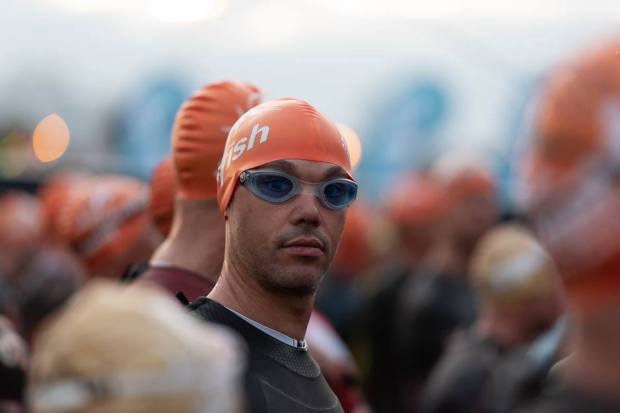 A strong swim of all our athletes, coming out of the water below 1h06′.
Bert swam with the better pro athletes and entered T1 in 52′. Johan, Steven and Hans got out in 1h02 and Sem followed only 4′ later in 1h06. A good idea, of not being in the water too long :-)! 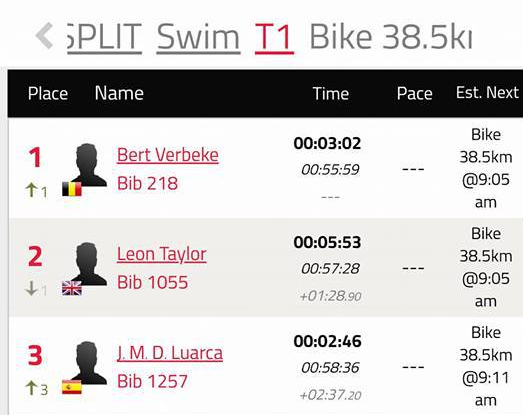 Once on the bike our athletes could unleash their builded stamina and power, correct pacing would be necessary and so they kept an eye on powermeter/Hr monitor.
For Bert, in the flow of the race in front not easy to keep the gazzz button under control, but after 80K he understood that with the marathon coming…he better kept control.
Hans from his side was moving up like #LaMachine always does, but controlled and not overpacing. As you can see in both files Bert (277NP) and Hans (279NP) had a similar NP, with that difference that Bert took off very hard and got regular in the 2nd half of the race, Hans builded up and kept a straight line in his poweroutput.

Hans had a regular bikeride, with a higher NP on the climbs, a bit lower in the downhills but steady all race long!

Bert took off hard, risky even, but he turned the button to cruise control after 80K to take no risks for the run! 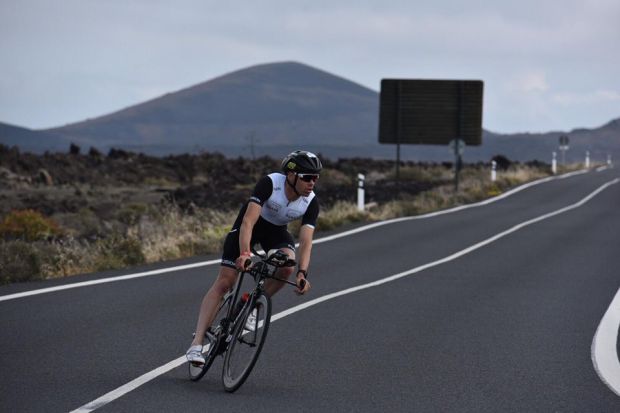 A lonely ride for Hans, ‘An honest bikecourse where the best get to the front in the cycling part’ he said afterwards!

But not only B&H were moving up, Steven and Johan…who left T2 with Hans were also moving up and doing a wise race! Sem, who couldn’t run for weeks because of achillesproblems paced conservatively but moved up and was heading towards T2 not sure if he would run or not! 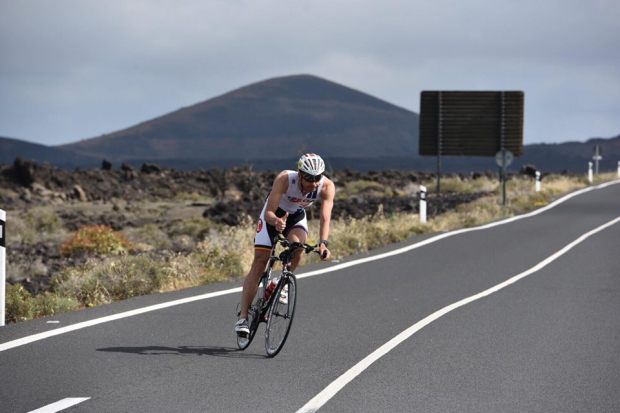 First I thought Johan had an injured thumb, but afterwards it seemed he had a good ride in Lanzarote

Coming into T2 is the easy part in the Ironman races it seems, many Pro athletes who had a DNF after the race. But about the DNF’s there said already more than worth it. So let’s talk about the finishers…

On the run course we were quite confident that if our athletes kept their pacing correct from the start that the run would be good. Everybody was in shape, ready to run long and medium hard. Going too fast in the beginning is a killer, and that’s an awareness every athlete should have. An off bike marathon is not a regular sunday run. In the end,  thre strong and the smart racers will survive.

With Hans and Bert within the top3 of their agegroup starting the run we had 2 athletes racing for the podium. Hans started at the planned pace, Bert slightly faster…faster also than his PB. A bit tricky at that point, but afterwards we saw HR was perfectly under control. 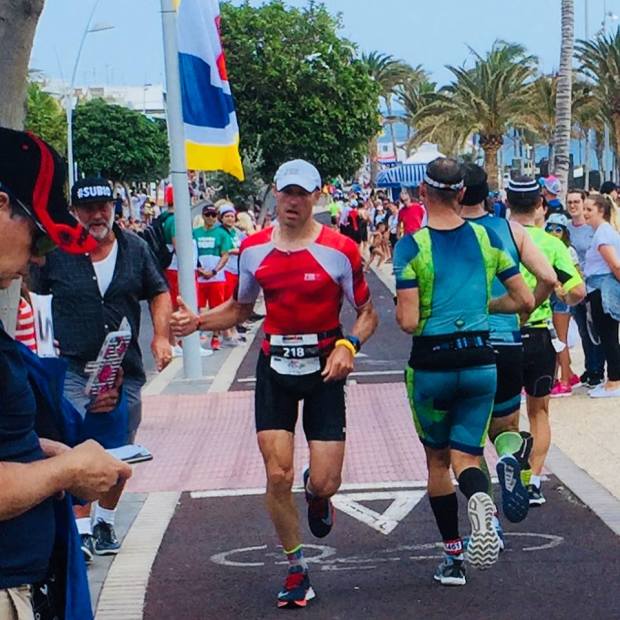 Both athletes had a steady run  (HR & Pace), Bert was flying and killed his PB in an Ironman run to finish after 3h08′ in this heavy race before finishing 2nd AG, 26th Pro’s included. Hans had a 3h16′ run but never really fell back and also ran steady. Finishing the line in the right position (7th AG) after an honest race. You don’t choose your agegroup in the end, finishing 30th (14Pro athletes in front) and 7th in your AG says a lot about the strength of the opponents also.

While Hans and Bert raced for the first places in their AG Steven, Johan and Hans were still at the run course. And how!!? Each of these athletes amazed in something. Johan and Steven in Consistency and patience to pace well and ‘keep the engine running’ as we say. Pacing correctly always works, both athletes took it further than we could expect even!
Steven also killed his marathon PB in this heavy race and moved up strong towards 12th place in his AG! 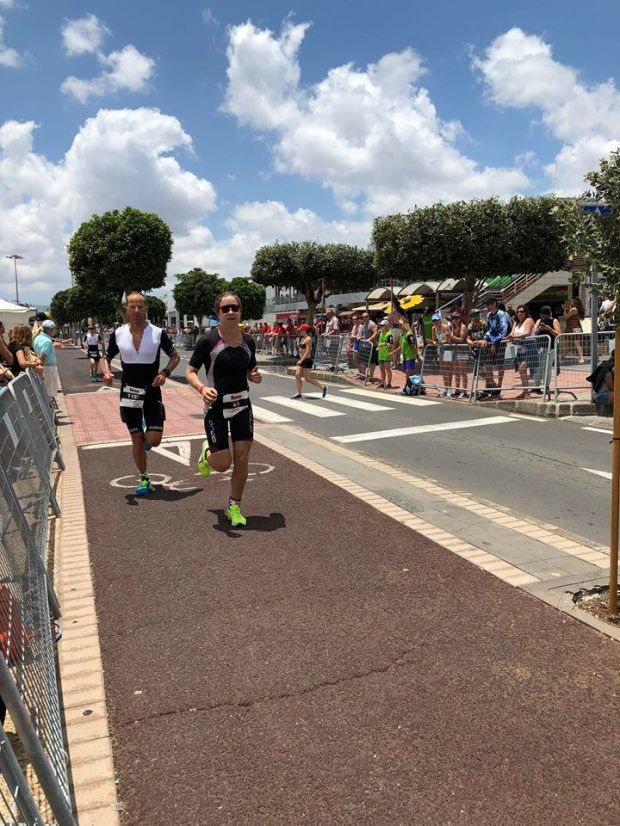 Steven puts down his marathon PB in Lanzarote and finishes very strong on 12th place (AG)!

Johan, in his first Ironman…not the easiest one, was patient on the bike. He kept down the HR and cruised towards T2 to finish of with a good run. Finishing in 11h03′ in Lanzarote is fast! 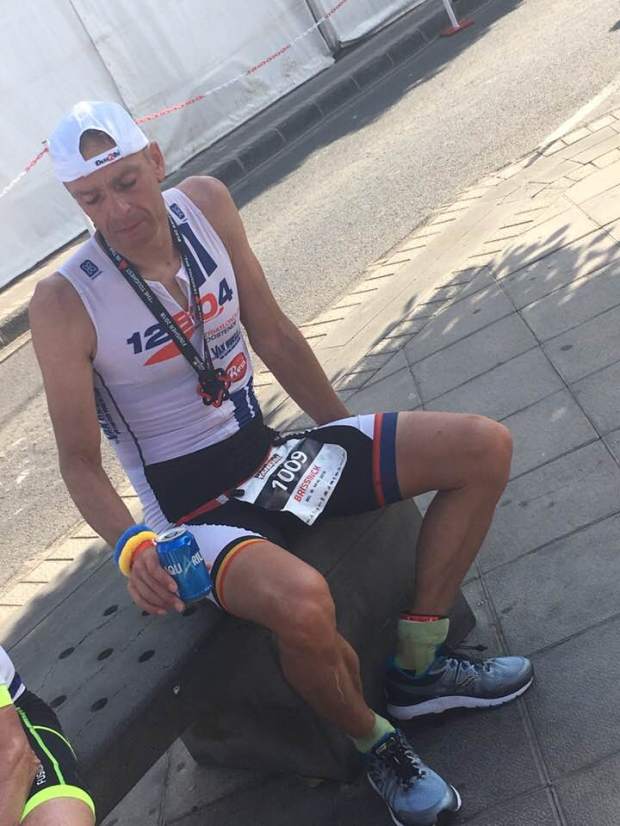 Johan had a perfect race in his first IM!

And then there was Sem, as we agreed on not running to not take risks on his achilles I switched off the tracker…but all of a sudden the eye felt on Sem again…and we noticed he was running…after several weeks of not running not easy! But after passing halfway all athlete minds know you can’t quit the race! He kept going and finishes the race in a very decent time of 12h21. For sure there was even more in it. But Sem showed us in the end where Ironman and triathlon in all disciplines is about. About perseverance, defeating yourself, having pleasure while racing and the satisfaction afterwards! Nice job Sem! 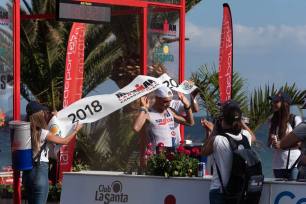 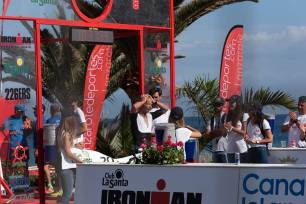