Past weekend our athletes went into races, particulary to prepare the spring and summerseason coming up!

But first of all our cyclocrossmen Xtof, Klaas and Kev who went into one of their last races this season!
For Xtof another top5 in the masters race and close to podium in GC!
Kevin, one of our younger athletes who is coming back from serious back injuries, slowly refinds himself and gets 12th and 7th this weekend!

Klaas, our man in front of the cyclocrosscup classification was defending his 3rd spot in this GC this weekend. He did this on a great way and finds himself at the end of the cyclocrosscup in 3rd spot on the podium, together with the defending national champion.
This was a maingoal for him to reach and halfway the season we really started to believe in this! He worked, he succeeded! 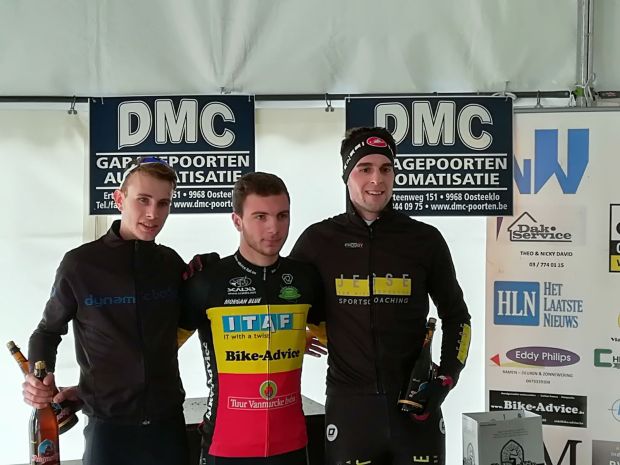 In Westrozebeke (Flanders) the annual Crossduathlon was held, with some of our triathletes at the starting line to pick up some rhythm and anaerobic impulses in a period of a lot of variety in other sorts of impulses. With very good running results in first place and steady performance on the bike our athletes could look back happy towards their first multisportrace of ’18! 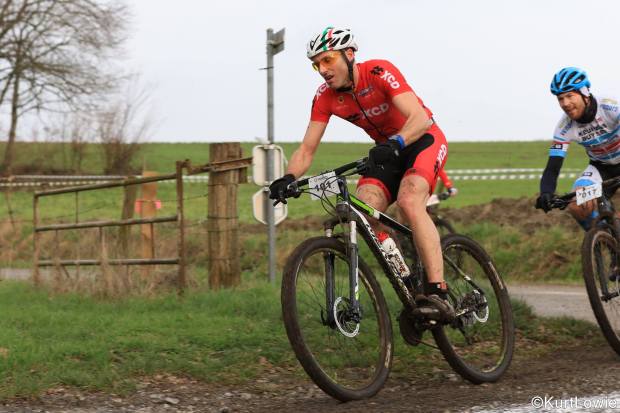 Bert, in another format and another type of bike pushing away his limits! On his road to Ironman Lanzarote ’18 and of course Hawaii!

Nice result of Björn, mountainbiker and soon racing in South Africa…but meanwhile he got himself the national duathlonjersey for the fire Department!

The last weekend of January traditionally has quite some half marathons in Belgium, the way our athletes crushed these races is quite astonishing! 4 athletes who ran 1h16 or faster in full prep towards their season. None of these athletes had anaerobic impulses on training within the last 4months! Still…some of them even broke their PR. Approach your prepraces as prepraces and use preparation as a real preparationperiod. Not by being lazy…but by working smart and hard to be ready at the beginning of the season….just like Tony did  on saturday by getting 3rd in Lier in 1h15′, on his way even to go sub 1h14’…but a little cramp in the end made him go a bit easier in the last 2K.

First preprace of ’18 for Tony, on his way to Kona, World Championships Ironman 2018

On saturday our other athletes went into a half marathon in Genk (Belgium).
All our athletes found themselves sub 1h30′ today and it were Jens, Adrian and Jan who had top10 ambitions in this race. With Jens having the best start (what did the coach say?), Adrian and Jan following closely behind. After a few kilometers places were shaked and it was Jan who finished 2nd in the race in 1h12′, Jens 5th in 1h13′ and Adrian 8th in 1h16′! A bit further our 50+ athlete Raymond finished in a nice 1h29′. 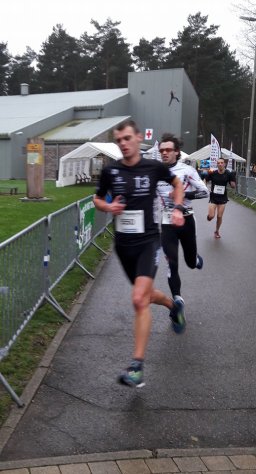 Jens and Jan running towards 2nd and 5th today!

Adrian putting down a fast run in 1h16′

Furthermore our athletes also were present in the Houffatrail, where athletes dared to challenge themselves on this extraordinary racecourse!

A bit more to the South then, in France, the Liévin Crosstriathlon was held!
For Johan and Hans a first triathlon, both athletes are entering Ironman Lanzarote at the end of May and after already racing a few Xduathlons and Run and Bikes now it was time to see where the swimming part was…. For Hans, the North of France always means a bit of joy because of a significant part of his athletic CV is built on his French successes!

Both athletes had a very good swim, and they came out of the swimming pool with 1’24/100m splits. For both athletes, this is close to their best level at this distance. Once on the bike Hans immediately dropped his opponents…and Johan, who only swam 3″ slower had a good example in his sight to move up in the field! Halfway the race it was Hans who took the lead, Johan at that point was in battle for top 10 (and podium in the masters race).
‘France and Hans’…became a success again and Hans manages with his good running legs to run towards victory! For Johan the race also ended successfull, by getting 8th overall and 3rd in the masters race!

Hans wins the race in Liévin (France), next race is at the Belgian coast in Sandman Inferno…beachduathlon!

A good last weekend of January for our athletes, good and steady tests in first place…towards the real start of the season within a few months! But meanwhile, yes…we can and must enjoy very battle that’s won!