Not an ordinary weekend past weekend, a few races planned…and this resulted in much more than ever expected!

It was yesterdaymorning Jan went to Holland for the Duathlon in Ter Idzard! A race which is dominated by wind and wind. 10-40-5 distances, so a high intensity race, with no time to waste from the beginning. Jan had a good period behind him with 3rd place in Hoorn (Netherlands) and a trainingcamp in the Italian mountains where he stays in his appartment on high altitude. The perfect recipe towards this race it seemed, with a nice win as a result! 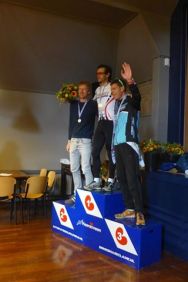 A well earned win in The Netherlands for Jan

In the afternoon Svenne was ready to race hard in Mariembourg (UCI1.18), a bike course which fitted his TT-qualities well. The only difficulty of course is to get rid of the peloton…Svenne isn’t someone with a hard sprint at the end and needs to get rid of his concurrents earlier by making the race as hard as possible. This time it worked!

Svenne wins his first road race of the season after multiple top10results! 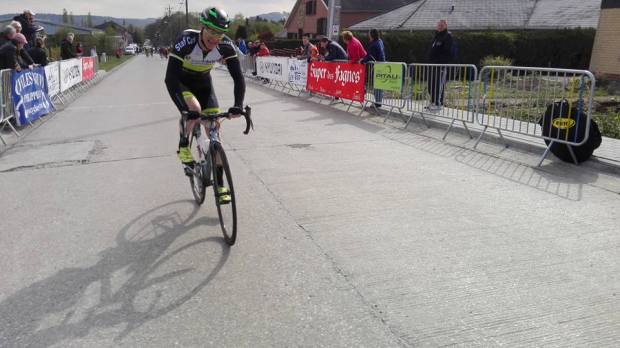 Tough racecourse and the first win of the season for Svenne in Mariembourg!

The weekend only had begun, because today our athletes were race-ready in Germany, Spain, Canada and Belgium!

David was the one to get up first, start in Orihuela (Spain-70.3 Triathlon) was early at 8.30 am!
At the Costa Blanca the athletes had to swim a one way 1.9K distance in choppy water.

Knowing the pro field was quite high-level with for example the current ITU world champion Sylvain Sudrie (France) at the starting line.

A good swim for David made him mount the bike within touch of the concurrents in his AG (30th AG). On the bike the racecours was quite difficult with 1300D+ for 90km. David unleashes his legs and is capable of riding full of energy towards T2. With a 275NP he moves up quite a lot and puts down the bike…2nd AG and 22nd (Pro included).

Quite a tough bike course in Orihuela (Spain), perfect to get rid of the ‘legal-drafters’, David puts the bike in T2 2nd in his AG.

The top5 of the race was amazing, with current ITU world champion Sudrie on 4!

Till the last 2K David is in battle for the 3rd spot in his AG but the other concurrents played smart and could take him back just before the finishline…David thought they had 1lap behind… A good lesson to keep racing till the end, if u need to run multiple loops on the run course. 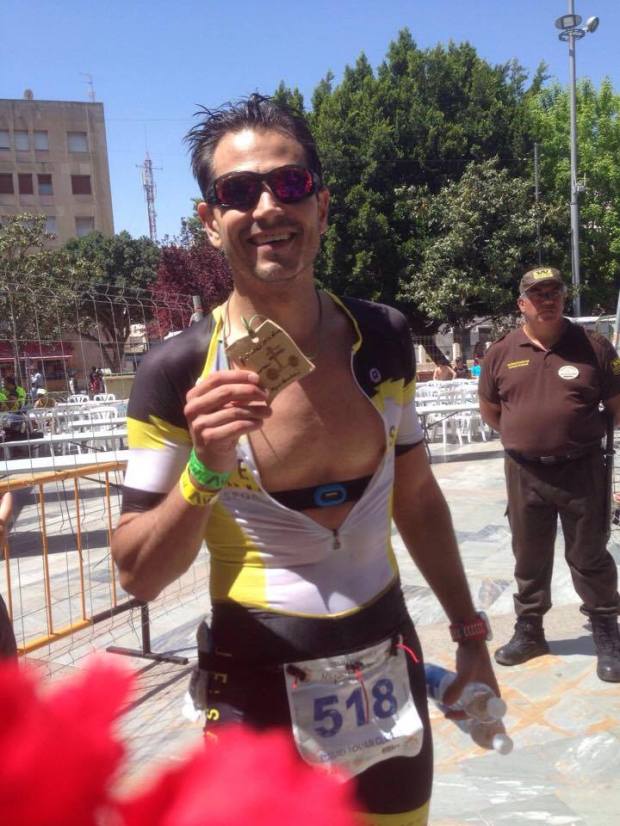 David didn’t miss his start and ends up 6th in his AG – 40th overall!

In Germany (Göttingen) Anthony was ready to ride the first race of the season for his German team. With already quite some top10, a win and Arden Challenge in his legs we knew he was ready to race hard in Göttingen. Anthony tried several times to get rid of the other riders and ended up in the main group. The last kilometers towards the finisline this group stayed together and sprinted for victory. Anthony got 5th and once again comes close to victory!

Anthony is in good shape these days, today again he gets 5th in Germany!

Our athletes weren’t only racing outside of Belgium. Also in Zaventem (Triathlon) and Spa (Offroad Triathlon) our athletes did well!

For Steven Spa meant his 3rd podium on 3 du/triathlons this season and astonishes himself! In the female race it’s Hannah who takes 2nd place, which must be a mental boost toward her first Ironman in August! On thursday she got some working points after her lactate test…and obviously she took this very well 😉

Later today our triathletes Tim and Allan both go succesfull in Zandvliet, Belgium (10miles) and Canada (8K) in runningraces! Allan currently is getting the one podium after the other…Tim is getting strong towards his first tri in Seneffe within 4weeks and wins the 10miles.

Tim averages 3’36/km in his 10miles and takes the win on this race with 50% offroad course.

This was not just a weekend, April is grand cru already…and isn’t done yet!