Today David dit his next race of the season, a season with already splendid half irondistances and the Spanish Long Distance Duathlonchampionship!
In Medina de Rioseco, Castilla y Leon (Spain) his last half Iron of the season was planned. We knew shape was good, and surprises were possible.

With a bikesplit of 2h18′ for 90,2km David didn’t pace conservative but used his strength to move up and come off the bike “fresh” and in the front!

After a good swim with some current he came out of the water in 10th position, perfect to still have the contact with the front of the field. Normalizing just under 270Np on the bike David  knew he was capable of doing a good run. The fastest bikesplit and 3rd position off the bike gave him good vibrations and the push to go hard.

Once again David could confirm on the run, running the 3rd split made him defend his podiumspot with honour! Good work on training pays off in the end!

I can’t express too much how important a good made macrocycle is. Hitting the right volume and the right intensity at the right time makes your  races successfull or not! Athletes working week to week never get the best out their body.

Like we said David could run the 3rd runsplit which made it logical he could finish his race on the podium! After his podiumspot in Oceanlava Aranjuéz (Spain) this is  is another topresult of the Spanish bull ! 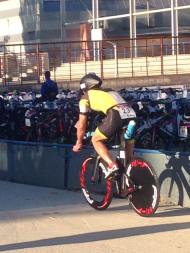 David is a powerfull cyclist, in combination with hard work on the swim he manages getting off of the bike in the front! 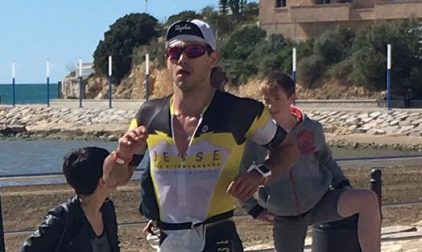 A good run off the bike is becoming part of David his races!

After all, if you focus on the strengths an athlete has, results are nearby!