Past Sunday was not a lazy sunday! Jan must have inspired after his 4th place on the European AG Champs Duathlon! Many many races and even more energy!

The day begun very early with the Cannes International Triathlon, Nico felt great and difficult swimming conditions he managed to get on the bike…too much power for the rainy roads and a crash was part of the game for him. He didn’t gave up, he went all the way to the end and even did a good run! Within a few weeks he will be challenging an even bigger race @ Texas (US)!

Our cyclists are all doing very well these days, Anthony did a good performance in the Arden Challenge (4days stage race) and became 28th in the GC, another top 10 for Svenne also who became 5th and found himself in the right breakaway!

At Offroadtriathlon Spa Joeri did his best performance of the season so far and became 3rd amongst strong Xterra-athletes. This year he will make his entry in this circuit of longer offroad racing. In the races for the medals it was Steven he once more took bronze after 2 crashes in his first offroadtriathlon in a while! This technical race course is not easy!

Ironman70.3 New Orleans(US) should have been a nice performance for Brooke, feeling very well but 2 flat tyres decided her race became a training! Massive points were ready to grab, till bad luck came by. On to Ironman Brasil in a few weeks!

In Mouscron sprinttriathlon our athletes went all the way for the podium, Raphael only had to bend for the strong Brazy (Fr) and Sophie also took silver in her first tri of the season after a strong French athlete.

In Germany it was Adrian who surprised us with a 3rd spot in Duathlon Kalkar! Not soooo bad for a triathlete! Enjoy this performance and confidence can be there towards IM70.3 Mallorca! 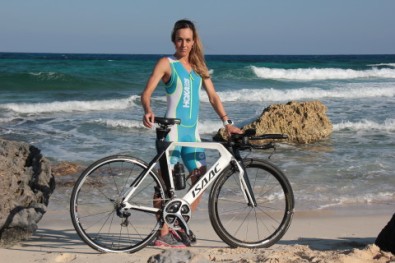 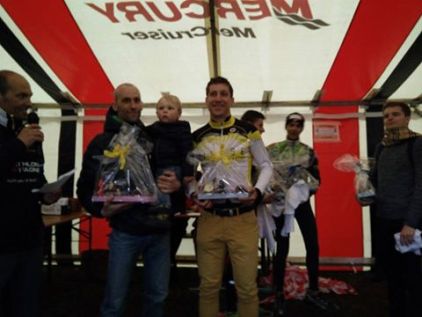 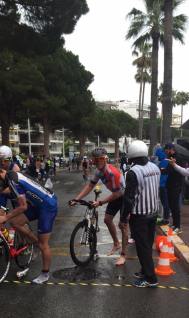 In Holland Hans unleashed his “Legs of Iron” and became 3rd overall in the Individual Time Trial of Almere (Holland). For who was doubting, he’s ready to have fun this year!

That other deamon on the bike Tom Veepunt rode the best bikesplit at ‘Duathlon des Collines de Frasnes’. But with 8,5km of running and only 18km of cycling the benefit went to the runners. Tom took a nice 7th place. Claude was racing at home over there and did a good race becoming 11th and just missing the podium spot in the masters race. Anyway, he was first with a regular road bike!

In Ardres (France) Sébastien did a good Teamraid after a week of training in the sun and became 3rd with his team! Congratulations to that, his season begins next week! Get ready!

And off course maybe the most crazy performance of them all was for Ciprian who finished his first Marathon des Sables (Morocco)!

All these podiumspots around Europe seem easy to get, but don’t forget these athletes suffered during preparation.They don’t give up when it’s tough, they don’t cry because another has a bigger bike. They just train…and perform!

Een gedachte over “A very busy weekend for a coach!”